Get to Know an Incoming Recruit: Providence's Drew Edwards

After a stellar prep career, 6'3" Drew Edwards comes to the Friars bringing along a solid scoring touch to a guard heavy recruiting class

Share All sharing options for: Get to Know an Incoming Recruit: Providence's Drew Edwards

Following their second consecutive trip to the NCAA Tournament, Providence enters into this season seeking a third trip to the dance under the watchful eyes of head coach Ed Cooley. Entering his fifth season as head coach of the Friars, Cooley once again was able to repeat his 2014 recruiting success with this season's incoming group of five players intended to diversify Providence's roster. 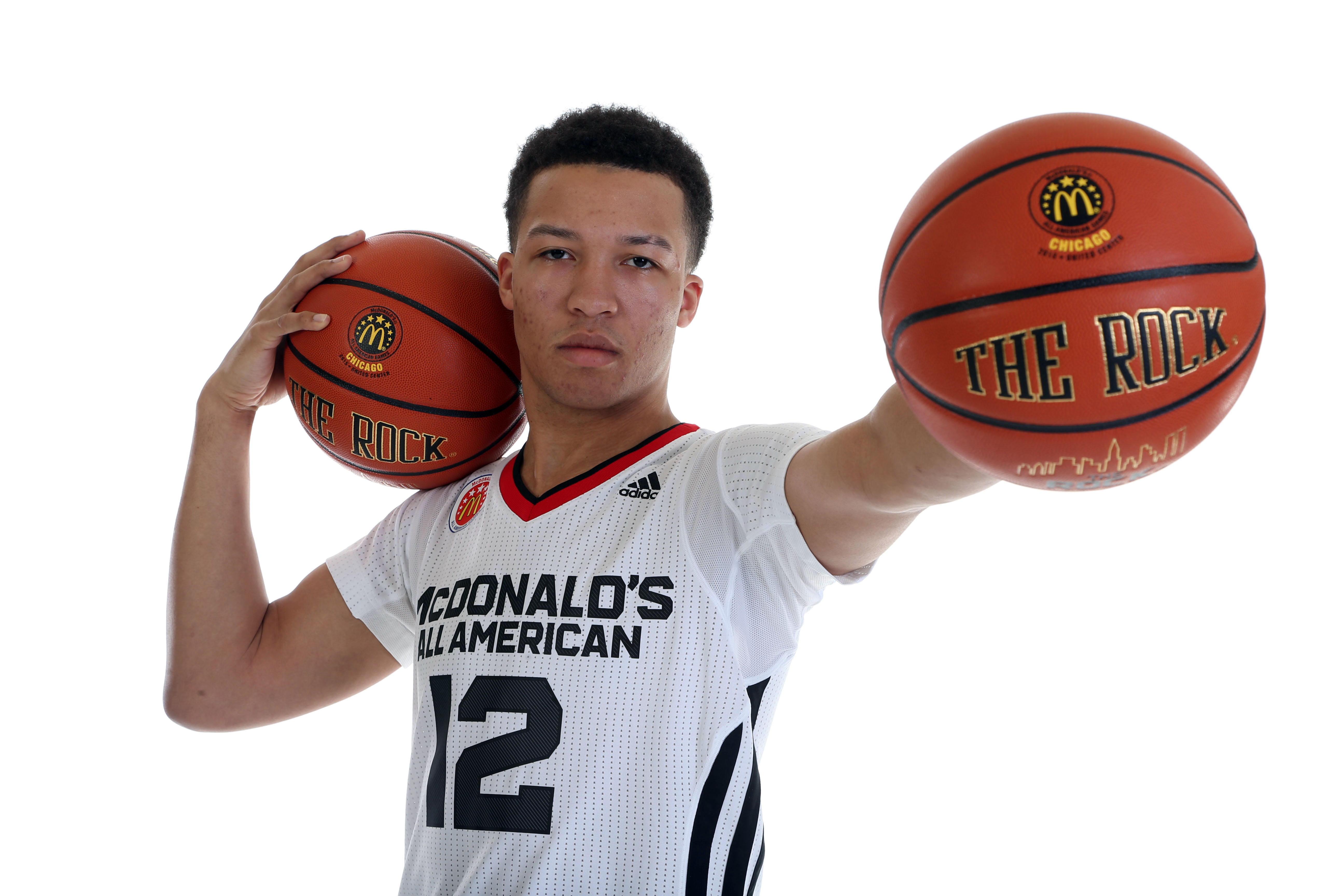 Among the five who will be making a name for themselves for Providence this season were a pair of shooting guards, both of whom have bring a different facet to the position which will benefit the team, while also addressing the need for shooters. These two players are Ryan Fazekas and Drew Edwards. While Fazekas was covered late last month by fellow BECB writer Mike Hopkins, we now turn our attention the Edwards a 6-foot-3 shooting guard and native of Towson, Maryland.

Coming into PC, Edwards is an interesting project for Ed Cooley as his size and frame is something that the Friars coaching staff will look to work on and fill out. Coming into college, Edwards believes he is up to task over the concerns about his size and weight, but he believes that he is prepared for his first season. What he may lack in strength, he makes up for in mental aspects of the game and a solid scoring touch, both which were on display in his prep school career with Calvert Hill College and in summer sessions with Maryland 3D on the Amateur Athletic Union circuit.

Due to his ascending success in high school, recruiters came along as Edwards drew interest from nine schools.  Among them were Clemson, La Salle, Dayton, and Bucknell. In November of 2014, he would sign onto the offer extended to him by Providence.

With his scoring ability and the fact that he was recruited along with fellow guards Ryan Fazekas and Ricky Council, the Friars have a scoring touch at the position that will be a great addition for this season and those to come. If Edwards keeps developing he'll be a force for the Friars in the coming seasons.