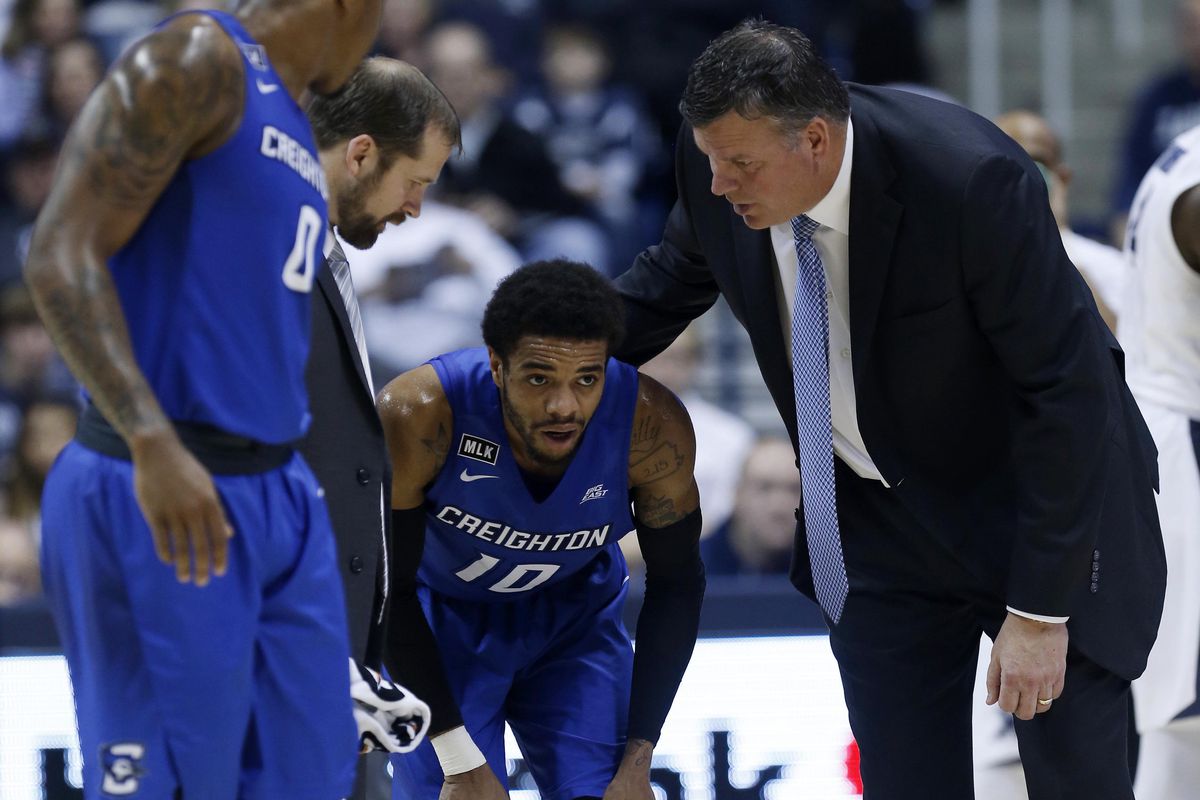 It's been a while since Creighton fans had a feel-good day.

The 2016-2017 season didn't end the way we all thought it had a chance to. We saw a star player go down for the season to injury. Then we saw the same player involved in a pretty awful legal matter -- regardless of how it shakes out. We watched our team get bounced in the first round of March Madness by a lower seed in an ugly game. And then we saw a native son -- a kid who we were all just starting to know and love -- decide he would trade his Bluejay Blue for NBA green after just one season at CenturyLink.

Suffice to say, Creighton fans were already fighting a case of the 10th-street-blues.

Then, out of nowhere, news broke that our beloved coach was being courted by another program. A big program. A program at a school that doesn't need to check its account balance when it spends money.

This was it. This was to be the end of the Greg McDermott-era in Omaha. And it was going to hurt.

We'd watched him grow as a coach. We saw him grow out of his Missouri Valley roots. We saw him wash away the bad taste of Ames. We watched him put the finishing touches on raising his son -- on and off the court.

Greg had become family, and we were about to say goodbye.

It didn't make sense. We have facilities. We have a mature and talented roster returning next season. We have the full support and cooperation of one of the best athletic directors in the country. And we have us -- the 17,000 strong who pack the Link twice a week during the coldest months of the winter -- dancing, cheering and screaming our Jays on as the loudspeakers belt out the words "You better not be the one to doubt us" during the pregame hype video.

But we don't have Ohio State's cash, and now we were doubting ourselves as well as Greg's loyalty.

This was brutal. This was not what Bluejay Nation needed right now.

With one tweet, Greg McDermott seemingly laughed at our worries and fears, reminding us who he is, what he is about and where he came from.

Just 24 hours after the rumors began to fly, nothing has changed. And by doing nothing, Greg McDermott has given us everything. Everything to hope for, to cheer for and to look forward to.

Today was a feel-good day.