Villanova looks to continue their four-game winning streak when they match-up with USC on Thursday to begin the annual Battle 4 Atlantis Tournament at Imperial Arena in the Bahamas at 1:00 p.m. on AXS TV.

The Bahamian tournament, now in its third year, features a strong field of opponents that include Iowa, Xavier, Tennessee, Kansas, Wake Forest and UTEP. If the Wildcats defeat the Trojans they will likely play their strongest foe this early in the season, No. 2 Kansas. Win or lose, the club will play three games in a 72-hour span.

Sunshine or not, the coaching staff is still focused on what they came to do, win.

From Mike Sheridan of the Villanova Athletic Office:

"We've talked about the fact that this is a great vacations for (the fans)," stated Wright. "and we get to play three games in a row against great competition. We just happen to get to stay in a beautiful resort while doing it. We really want to concentrate on basketball when we are here.

"We felt like we had a good practice today and we're looking forward to tomorrow."

The two clubs have only played twice in program history, the last time in 1975. Villanova has lost both games against the Trojans. USC brings in first-year coach Andy Enfield. Yes. The same Andy Enfield that produced ALL OF THIS GREATNESS at Florida Gulf Coast University last season.

"Dunks so crazy, couldn't believe they could fly, ball so hard, made the MVP cry #Bars" 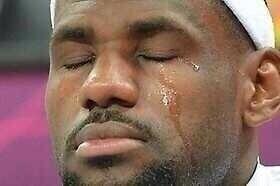 Aside from Enfield being completely be nuts (in every good sense of the word) and marrying a supermodel, he does have a pretty convincing squad this season. USC features 7-foot-2 Rice transfer big man Omar Oraby, who has been averaging 13.7 points and 7.8 rebounds this season. The Trojans backcourt is led by junior guard Byron Wesley. The guard leads the team in scoring and rebounding (19.8 ppg/ 8.8 rpg).

Despite the Trojans boasting a strong team this season, the Wildcats will keep a very straightforward game plan.

"Any tournament you play in, you come to win," states Wright. "The way you do that is to concentrate on one game at a time. If you come to a tournament thinking about beating whoever you perceive to be the best team, it usually doesn't work well. You have to take care of business. We happen to get a great game in the first round against USC, a team that I think people are sleeping on a little bit. Their center is a tough matchup and Wesley on the perimeter is as tough as any guard here."

The Wildcats have been running a balanced attack for most of the season, being led by a trio of players in blue and white. Junior forward JayVaughn Pinkston has been averaging 20.3 points and 3.5 rebounds, senior guard James Bell has collected 18 points and seven boards combined with 1.8 steals and junior guard Darrun Hilliard has added 14 points and five boards and 4.3 assists as well.

Villanova has been among the leaders in the NCAA in rebounding and assists, ranking 28th and 27th respectively. The Wildcats have also scored 81.8 points per game in four contests, good for 63rd in Division-I basketball.