The Red Storm hit the floor for two exhibition games in the coming days. Sure, the games don't count, but basketball is basketball! So let's learn about the upcoming fake foes.

In one week St. John's makes the trip to beautiful breathtaking not-bad-to-be-in Sioux Falls, South Dakota to battle the Badgers of Wisconsin. Friday, the season begins! Which can only mean one thing: Cue the Division Two cupcakes for some good ole' fashion exhibition basketball. (I'll say this, I miss the days of Marathon Oil and Athletes in Action.)

First up for the Johnnies will be the Gators of San Francisco State. Here are some of the specifics of the game:

The first thing you really need to know, if you haven't heard already, is that Chris Obekpa has been suspended for the two exhibition games this week. The sophomore center violated school policy, and was even barred from participating in the Red Storm Tip-Off last week. But not to worry, head coach Steve Lavin seems confident he'll have Obekpa's 4.1 blocks per game back in time for the trip to South Dakota:

"We expect our student-athletes to conduct themselves in a responsible manner in representing St. John’s University. Chris understands this suspension can serve as a learning experience."

And speaking of Lavin, the other point of interest from this exhibition is that the head man for the Red Storm actually attended San Francisco State -- playing hoops in 1983-84 for coach Lyle Damon.

Oh, and there is another note of interest to the Gators: Decensae White, the team's leading scorer from last season, has been charged in a murder case that involves Russian mobsters and rappers.

According to reports, prosecutors believe he (White) plotted with four men in the 2012 murder of Melvin Vernell III, a 19-year-old rapper known as Lil Phat. They did not detail White's purported role in the killing, which occured in the Atlanta suburb of Sandy Springs.

Okay, let's assume that White won't be in for Saturday's game. A decent guess. So let's move on and show some YouTube highlights of the Red Storm's first unofficial official opponent. And what better way to start than by showing...Gator Madness? Gator Madness it is!

Maybe you're looking for something a little more basketball-ish? Well, check out this half court buzzer-beating defeat of the No. 4 Cal Poly Pomona Broncos!

Oh my God, what a shot! I'm telling you, that man must have straight ice in his veins. (Turns to his side to hear someone whisper in his ear) Oh, it was Decensae White who hit the miraculous half-courter? Are you sure? Oh, you are sure. Okay then, moving on.

San Francisco State finished 16-12 overall last season and will have back the services of three all-conference players in Calvin Otiono, William Overton, Jr., and Nefi Perdomo. Otiono, who averaged 12 points and 3.3 boards and assists per game last season, is a playmaker to keep an eye on. In fact, Otiono and Overton both shot 47 percent from distance last season.

Something tells me the Gators may be able to stay a little too close for comfort because of their shooting abilities. But a win and some good run should be a matter of fact for St. John's. And after the Gators, the Red Storm will matchup with something called Humboldt State! 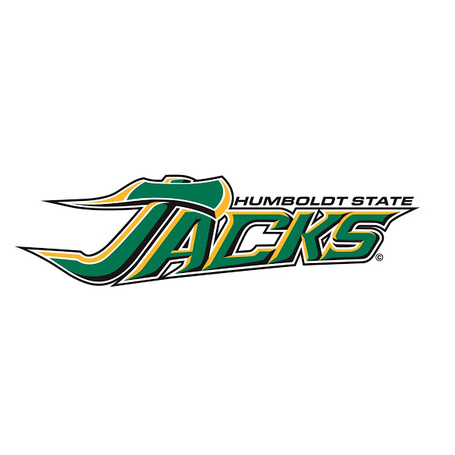 I don't know why, but I feel compelled to show you Humboldt State's nickname is "Jacks." It's short for lumberjack, a trait apparently of weight in Arcata, California. And yes, Humboldt State, which is actually not a recognized state in the Union, is located in California, which was first recognized in 1850.

The thing to know about this version of the Humboldt State Jacks is that it's a team in transition. Five freshmen and two transfers from Division One schools dot the roster. Unfortunately for head coach Steve Kinder, two of his most experienced and relied upon players, Austin Bryan and Rocky Brown, will miss the St. John's game due to injuries. So essentially, the Johnnies, a team loaded with experience, will be facing a green group of kids traveling the length of the country for a meaningless exhibition. Not to mention the fact that HSU has only one player listed six-foot ten or higher. The Red Storm should have at least three inches, if not a lot more, height advantage per position.

In other words, the Red Storm have no excuse to not win by at least 50. Even though the final score doesn't count, we'll all know the truth of what happens here Monday, St. John's. We'll all know.

And if you're wondering why St. John's would be playing HSU, it's because of Lavin. But unlike San Francisco State, Lavin has no personal connection with Humboldt, but he did coach against the Jacks on two occasions while leading UCLA.

And while rather obscure for these purposes, here is a YouTube clip of CSULA men's basketball coach Stevie Thompson from his days running the floor for Syracuse University:

Okay, enough of this. The season starts in a week. St. John's vs. Wisconsin. A win against a San Francisco State or Humboldt State doesn't count. A win against the Badgers tells the entire country, St. John's is ready for something big. We'll find out a lot of answers in just a few short days.