This year, four Big East players have been named to the Bednarik Award preseason watch list. Linebacker Khaseem Greene and cornerback Logan Ryan from the conference's best defense, Rutgers, made the list. You could argue that Scott Vallone also deserves a spot on the list as well. Connecticut defensive lineman Trevardo Williams makes the list. He'll be the key to the success of that Huskies defensive front now that Kendall Reyes is off to the NFL. Pittsburgh defensive lineman Aaron Donald is the fourth Big East player on the list.

The youth of the Louisville defense shows in that despite statistically being the second best defense in the conference last year, the Cardinals didn't have any players named to this list. We suspect that by season's end, there will be at least one in consideration. The same could be said of the South Florida defense (no DeDe Lattimore?).

You can view the full list after the jump. 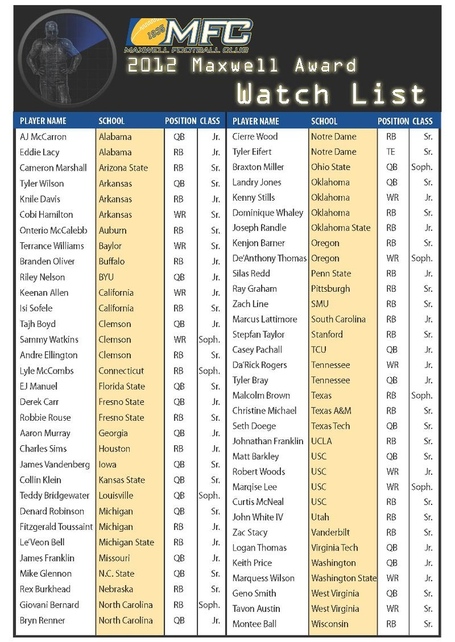