Simulating the upcoming season is one of the more enjoyable ways to kill the time between the the July release of NCAA Football 2013 and the upcoming college football season. To have a little fun with the upcoming season in the Big East, I sat down and had the game simulate not one, but seven, full regular seasons to see how it would play out. I figured that would be a large enough sample size to get an idea for trends and see which teams the game thinks are best. With seven full simulations, here are some observations from them.

All of these points really just show that there's some easily identifiable differences between the teams and reasons to peg some teams as favorites, but there's not such a gulf between teams that any outcome this season shouldn't surprise us.
Note: the biggest unrealistic of these simulations is that Temple plays 12 games when it is clear that barring some kind of miracle, the conference switch so late in the game will leave Temple with just 11 games.
You can view (rather low quality, I apologize) screengrabs of each of the seven simulations after the jump. 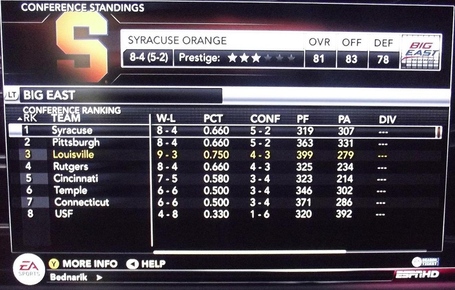 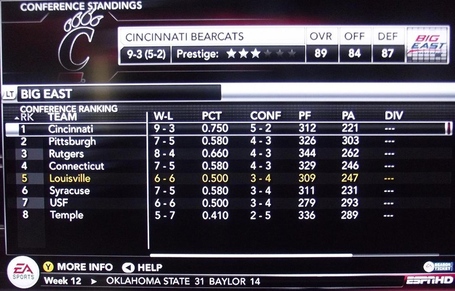 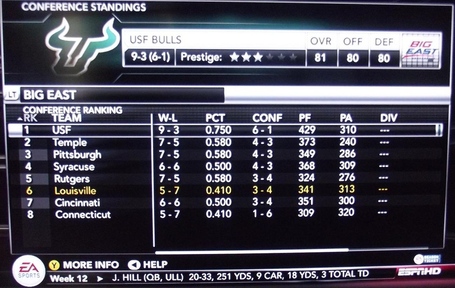 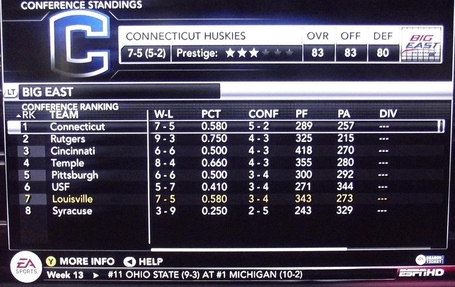 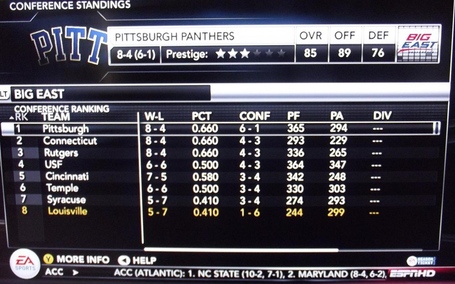 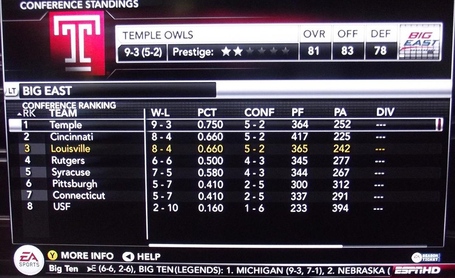 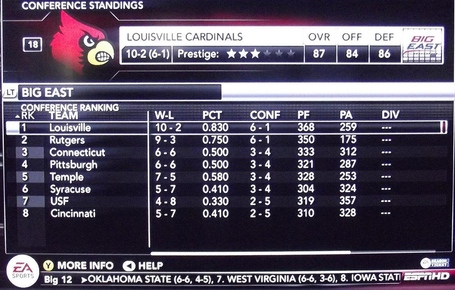 This post was sponsored by EA Sports NCAA Football 13. Check out the video for the game below.