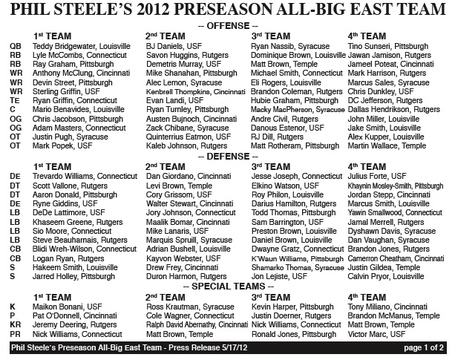 You know we're slowly working our way through the summer months when the preseason college football magazines start hitting the shelves. Today, Phil Steele released his preseason All-Big East teams. It's slightly humorous to have four full all-conference teams from a league with only eight teams, but that won't matter after this year. Just a couple of notes on his selections.