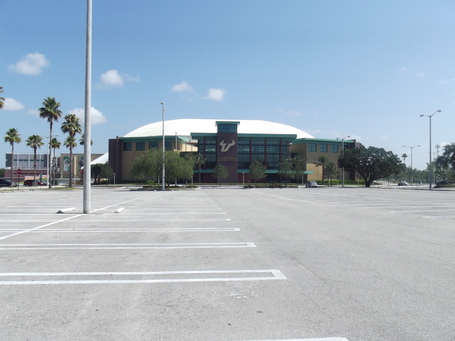 Much like future Big East members Boise State, Houston, SMU, and Memphis, the University of South Florida has invested a great deal of money in improving athletic facilities. Last year the school opened the Muma Center, a modern basketball practice facility directly connected to the Sun Dome. Now renovations on the Sun Dome are complete and fans were able to tour it for the first time. Here are a few photo from my tour and a few comments.

Here's a look at the new main Gate A which is directly to the left of the entrance to the Muma Center. The size has been reduced and it's been completely redone with a school store inside. Incidentally, I did not know South Florida was an Under Armour school until I went inside the team shop. 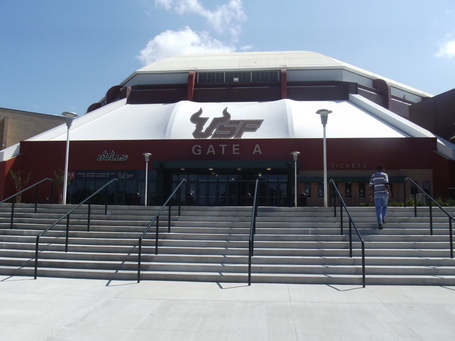 Once inside, it's obvious that South Florida made all of the necessary improvements to not only improve fan comfort but to also increase easy access to the all-important revenue streams from things such as concessions, loge seating, and luxury areas. Here are two pictures of the inside concourses with increased and easier to access concession areas. 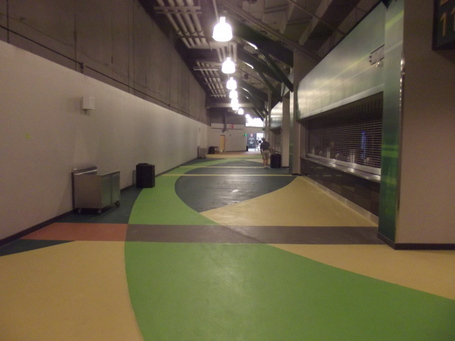 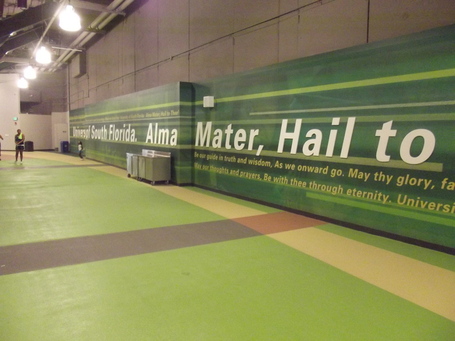 Once you enter into the seating area from the concourse, the changes that immediate stand out are the corner video boards, the ribbons boards that run on the east and west sides, and the impressive new central scoreboard. Here are a few shots of them. 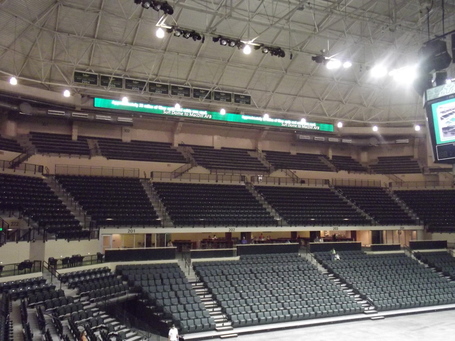 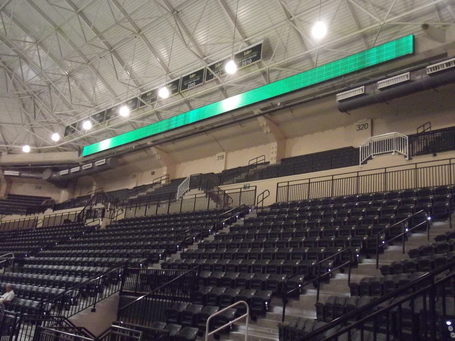 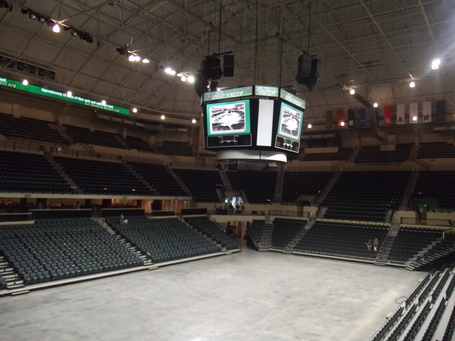 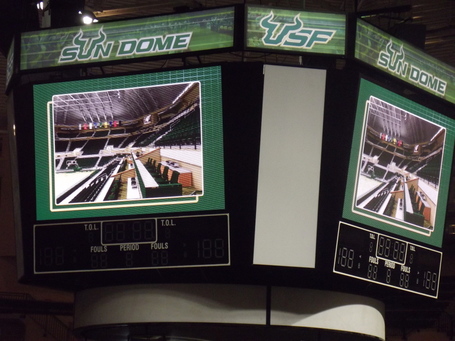 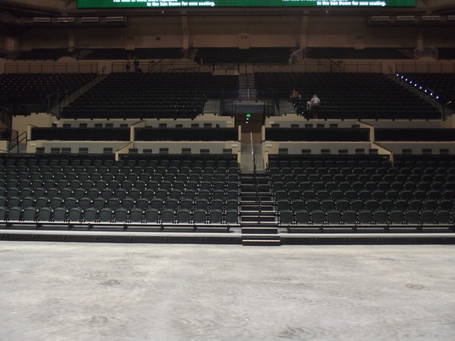 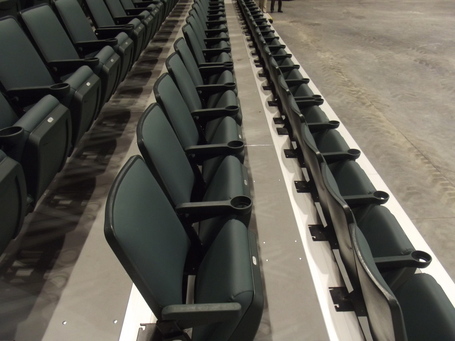 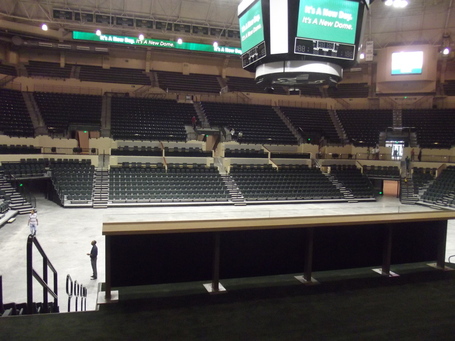 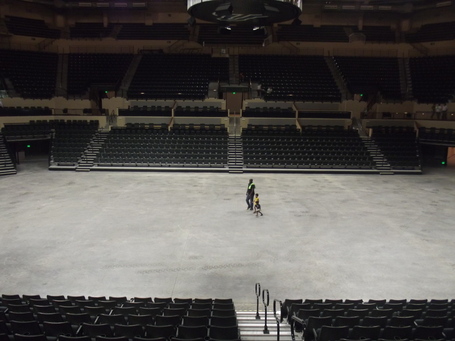 The biggest change on the inside, and the kind of thing that puts money directly into the pockets of the athletic department, is the additional of a pricey luxury area or luxury suites. The Sun Dome doesn't have a lot of room to add many individual luxury boxes, but it did add a luxury lounge for fans who buy the expensive season tickets right by the court. Here are some shots of the luxury lounge. 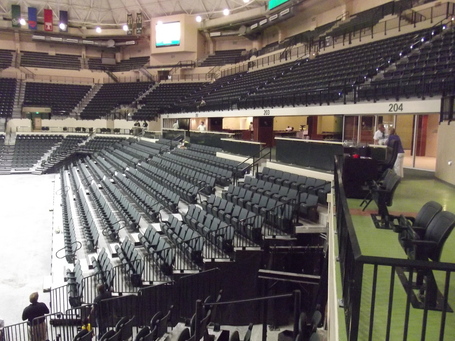 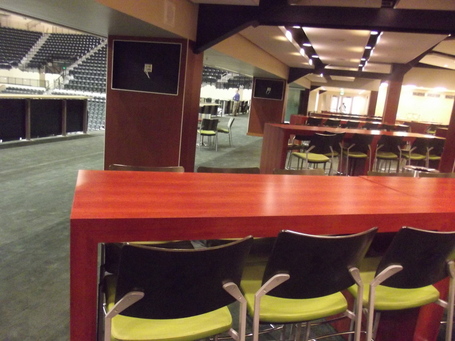 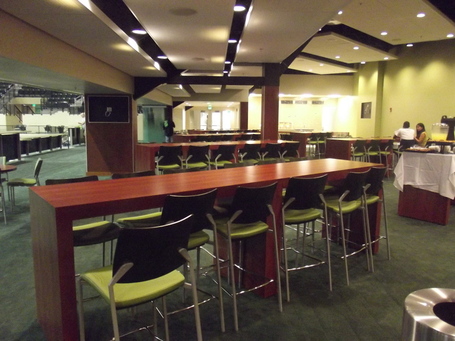 The capacity for the Sun Dome will remain about 10,000, which is perfect for the Bulls and the growing campus community there in Tampa. On the heels of a successful 2011-2012 season, the Bulls should enjoy much improved attendance and now have a Big East caliber facility to play basketball in for the future.