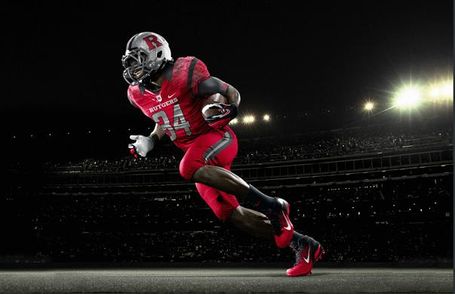 Earlier today, Rutgers and Nike unveiled a set of new football uniforms that the team will wear for the upcoming 2012 football season. Considering the success Louisville and Cincinnati basketball had in new uniforms issued by Adidas (the two reached the Big East Tournament final and Cincinnati made the Sweet 16 while Louisville reached the Final Four), perhaps the Scarlet Knights will enjoy new levels of success in new uniforms this season.

The new look for Rutgers Football is a clean, modern style that our student-athletes, recruits and fans will be very impressed with," said Rutgers Director of Intercollegiate Athletics Tim Pernetti. "Nike, along with our football staff did an amazing job of incorporating our history, mascot, and our most valuable asset, the Block R, while designing a uniform that will generate incredible excitement. This was a process that lasted over a year with tremendous input from both Kyle Flood and Greg Schiano.

You can view additional images after the jump and on the Rutgers Athletic Department website. I know a lot of people flip out over new uniforms, but these look pretty cool, they kept the block R, and the bottom line is the players and recruits love stuff like this. So enjoy it. 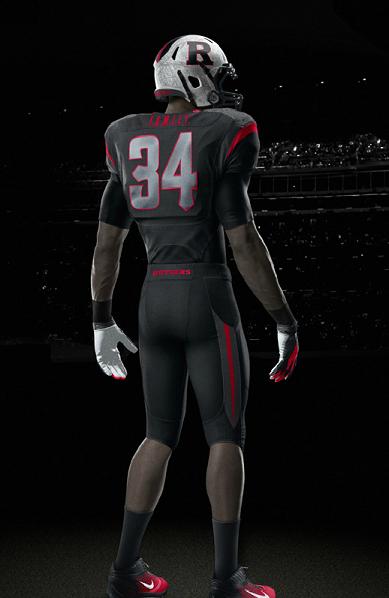