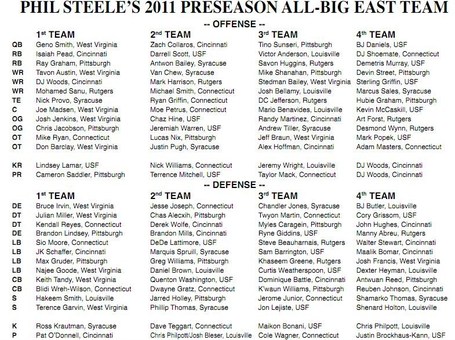 Anticipation of the Phil Steele college football preview magazine is becoming a national phenomenon. Every little bit that gets dripped out early is devoured by a football starving public and today is no different. Phil Steel has now placed on his website his selections for four full All-Big East teams. Just a few observations: