The Big East maintains ad space on the American Eagle Outfitters store in Times Square. American Eagle Outfitters is the presenting sponsor for the Big East Tournament and other official Big East entities. Earlier we posted an image of the Boise State advertisement. It turns out, the Big East actually ran similar displays for all five of the new members (SMU, UCF, Houston, Boise State, and San Diego State) as well as an ad for all five of them together. 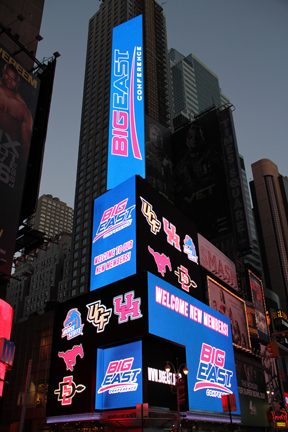 According to the Big East, the display above and the individual ones for each school run 30 seconds eight times per hour. This is the space typically used to congratulate the various Big East conference champions or other special conference events.

You can view the images for the individual displays for Central Florida, Houston, San Diego State, and SMU after the jump. The Big East is hoping their addition in 2013 will strengthen the beleaguered football conference after the announced exit of Syracuse, Pittsburgh, and West Virginia. 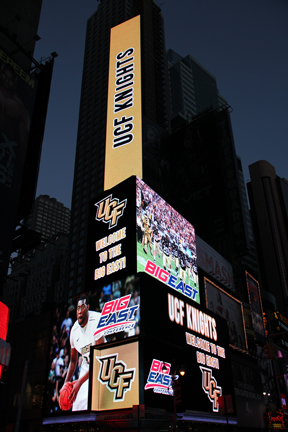 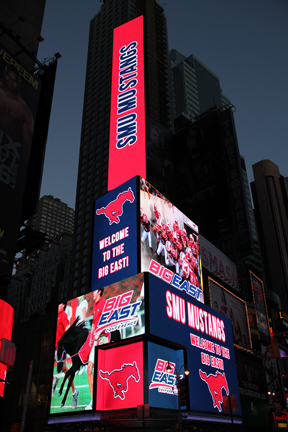 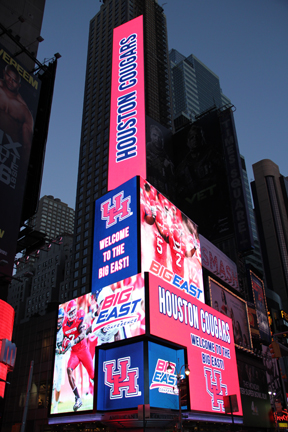 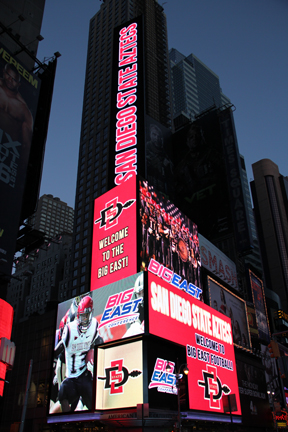 Stay tuned to Big East Coast Bias and in particular our Big East Expansion section for any additional news on potential new additions to the conference.