After a dream season that resulted in the second ever Big East Tournament Championship and first appearance in the NCAA Tournament since 2004, Ed Cooley will look to move forward without Bryce Cotton and defend their title in the 2014-15 season.

More: Providence to Tangle with Miami The Expectations for Ed Cooley Friars, Wildcats to Clash at Rupp Arena

Last Season at a Glance: The 2013-14 season will be one that is fondly remembered by Friar fans for a long time. It didn't start out looking that way though. Coming off a momentum building trip to the NIT Quarterfinals, Ed Cooley was looking to build on that success and transition from Vincent Council to McDonald's All-American Kris Dunn. Council would finish the 2012-13 season as the all-time assists leader in Big East history but word coming out of Friartown in the Spring and Summer of 2013 was that Kris Dunn looked phenomenal. He missed the first 9 games of his freshman season while recovering from surgery to repair a torn labrum in his right shoulder and was forced to play off the ball for most of the 25 games he did play that season. Now the keys were his and Friar fans were excited to see how he would drive the car.

Dunn's first chance to do that at the Dunkin' Donuts Center came on November 2nd, 2013 in an exhibition game against Division 3 Rhode Island College. His right shoulder is landed on awkwardly by an opposing player while diving for a loose ball early in that game and that moment would ultimately be the moment that ended Kris Dunn's 2013-14 season. He would come back a little more than 2 weeks later and play in 4 games before being shut down and having surgery on that same right shoulder. Two other players that played in that RIC game that would also miss the 2013-14 season. Freshman Brandon Austin and Rodney Bullock played in that game and 4 days later were suspended indefinitely by Ed Cooley for what would ultimately be revealed to be an accusation of sexual assault. Both players received a year long suspension from the team with Brandon Austin opting to transfer to Oregon where he was accused in another sexual assault before being expelled from Oregon and Rodney Bullock served out his suspension while staying at Providence.

While it's obvious that Ed Cooley has lost a lot from the magical 2013-14 team in terms of production, an argument can be made that the 2014-15 team has more talent up and down the roster than the Big East Tournament champion Friars.

Despite the rocky start the Friars managed to jump on the back of senior Bryce Cotton and ride him, with some help from Kadeem Batts, Carson Desrosiers, Josh Fortune, Tyler Harris and LaDontae Henton, all the way to 20 regular season wins. That "iron 6" that Ed Cooley was forced to use all season would go on to run the table in the Big East Tournament for their second ever Big East Tournament championship (first being in 1994) in school history earning their first trip to the "blue carpet" of the NCAA Tournament since 2004. Providence's game against North Carolina in the 2nd round of the NCAA Tournament was arguably the most exciting contest of that entire round with Bryce Cotton putting up 36 points and taking over the game but it wouldn't be enough as the Tar Heels pulled out the 79-77 victory to advance.

Bryce Cotton had one of the best seasons in recent history for any player at Providence finishing 2nd in the Big East in scoring at 21.8 ppg and led the conference in assists at 5.9 apg.

2014-15 Outlook: While it's obvious that Ed Cooley has lost a lot from the magical 2013-14 team in terms of production, an argument can be made that the 2014-15 team has more talent up and down the roster than the Big East Tournament champion Friars. The Friars return experienced players Carson Desrosiers, Tyler Harris and LaDontae Henton while the only other players on the roster who have played a second of basketball in the Big East are graduate student and former walk-on Ted Bancroft and oft-injured Kris Dunn. Henton will be the unquestioned leader of the 2014-15 Friar squad but if the 2014-15 Friars want to make a return trip to the blue carpet in March it will have to be Kris Dunn leading the way on the court. Dunn will be the key piece for Ed Cooley this season.

Shining the Spotlight on Kris Dunn 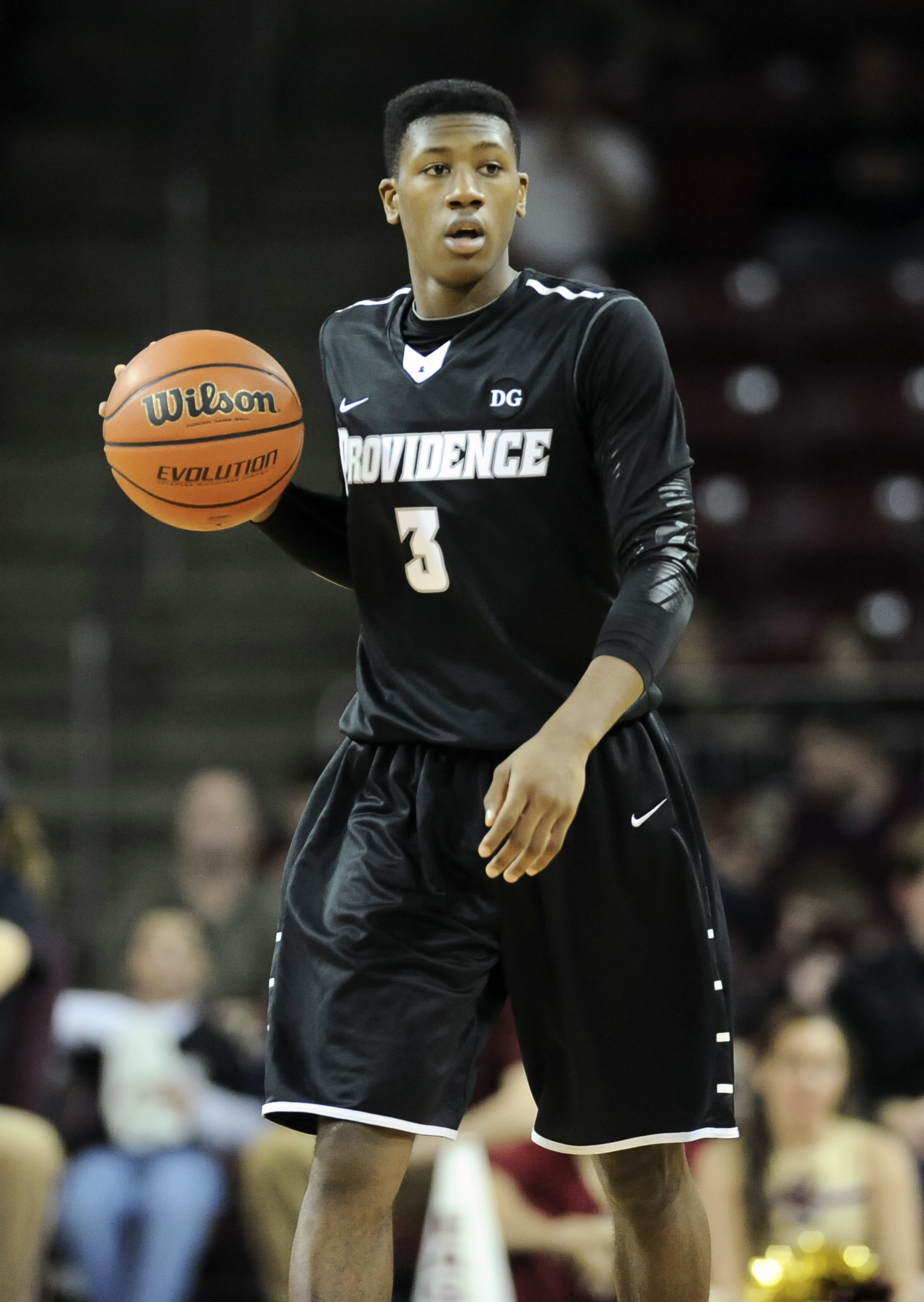 Chris Fairfield spotlights Providence's Kris Dunn, who is coming off of another injury-ridden season.

Ed Cooley will use the non-conference slate to integrate his talented freshman into the rotation and get them live game reps against some tough opponents. Ultimately the key to success will be on the defensive end and Cooley will have plenty of available lineup choices with an abundance of length all over the floor. The Big East coaches picked Providence to finish 5th in the league. Preseason picks really don't mean much but I think any picks between 2nd and 6th are too close to call in this league. Providence's ceiling is probably around 23 regular season wins finishing 2nd behind Villanova who is the unquestioned favorite and only Big East team to crack the preseason top 25 polls. The Friars' floor is probably 6th with a win total in the neighborhood of 17-18 wins.

Projection: Kris Dunn has looked really good in practice and despite losing Rodney Bullock to a torn ACL the Friars will still have a big, long team that will defend and get out in transition. LaDontae Henton is primed for a big senior season and will likely be the team's leading scorer this season. I think Providence is talented enough to win 20+ games this season but the doubts about this team are Kris Dunn staying healthy and getting the freshman up to speed in time to not lose too many games prior to conference play beginning. Cooley always talks about working towards playing the best basketball in February and March but if they don't get off to a good start in November and December it may not matter what they do in the latter portion of the Big East schedule. I predict Providence will finish the non-conference slate 11-2 and then go 10-8 during Big East play for a final record of 21-10 which should put them around 3rd or 4th in the conference standings and likely on the bubble for the NCAA Tournament. I think Providence wins a game in the Big East Tournament but fails to defend their title and ends up in the last 4 out of the NCAA Tournament resulting in a #1 seed in the NIT.