The season tips off in four days! How does Big East Coast Bias see the conference at the moment? Here's what we had to say!

The defending regular season conference champs return four of five starters as they try to become the first Villanova team to win the Big East outright in back-to-back years. Jayvaughn Pinkston, Darrun Hilliard and Ryan Arcidiacono were given preseason All-Big East honors. They'll lead a team of veterans in a conference where freshmen will be relied on heavily this season.

For even more on Villanova: VU Hoops

Georgetown's first year in the new Big East was a flop, as they limped to a first-round conference tourney exit against DePaul and bowed out to Florida State in the NIT. Big East Preseason Player of the Year D`Vauntes Smith-Rivera returns to a GU squad looking to shake off the rust of an underachieving season. But the Hoyas refueled with the 7th-best recruiting class of 2014, according to ESPN Insider (subscription needed), and Isaac Copeland, LJ Peak and Paul White will all see a considerable amount of playing time.

For even more on Georgetown: Casual Hoya

This Xavier team could've been the best in the Big East had Semaj Christon said no to the NBA. But his loss shouldn't affect the Musketeers too badly, who'll call on Dee Davis and Matt Stainbrook to shoulder the load on an X team with a deep rotation. Coach Chris Mack has this team trending upward, notching the 20th-best recruiting class, according to 247 Sports. Expect to hear names like Trevon Bluiett and Remy Abell a bit this year.

For even more on Xavier: Banners on the Parkway

The Red Storm look ready to break through in 2014-15 after a close run that ended in an NIT bid last year. D`Angelo Harrison is a strong candidate Big East Player of the Year, and with All-Big East second-team Rysheed Jordan expected to play a full season, St. John's will be a difficult to defend around the perimeter. But they're thin down-low, and can be a feast for stronger bigs in the conference.

More on St. John's: St. John's BECB Podcast with Norman Rose of Rumble in the Garden 3 Reasons for Pessimism for the Johnnies Chris Obekpa Profile

For even more on St. John's: Rumble in the Garden 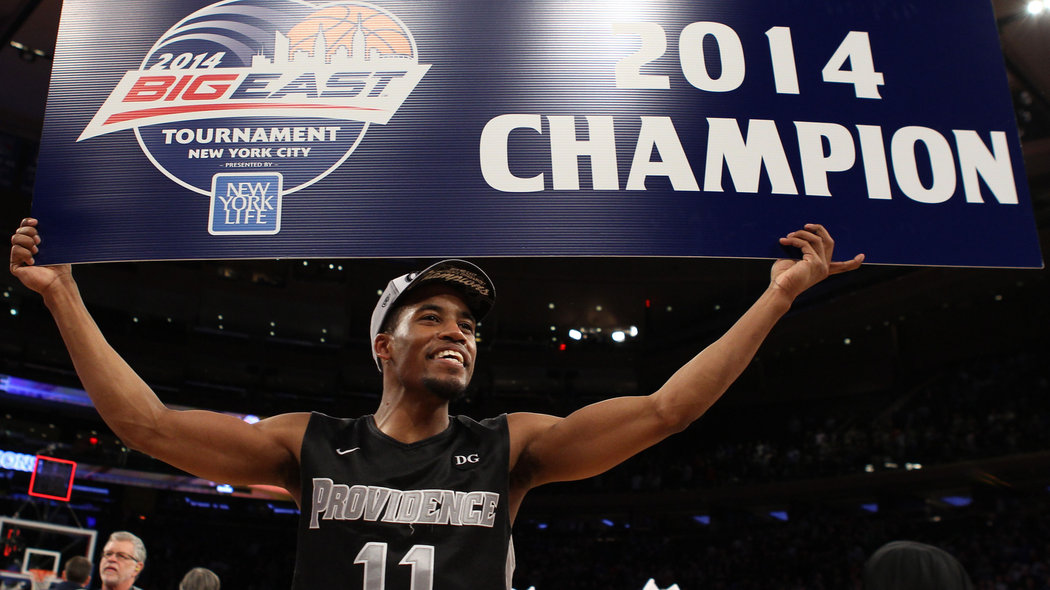 Check out Big East Coast Bias' preview articles leading up to the start of the 2014-15 college basketball season!

The reigning Big East tournament champs, Providence lose seniors Bryce Cotton and Kadeem Batts, but will see the return of Kris Dunn, who has only played 29 games in two seasons due to injury. If he can stay healthy, Dunn will create a formidable duo with LaDontae Henton in the backcourt. Providence's incoming class ranks 21st in 247Sports' composite rankings. Ed Cooley secured 7-foot-2 center Pascal Chukwu and wing Jalen Lindsay to bolster their frontcourt with junior Tyler Harris. The Friars aren't a sexy pick, but they may have enough to make a second-straight NCAA tournament appearance.

Seton Hall made a splash by signing McDonald's All-American Isaiah Whitehead. The next great Lincoln High School guard was named the Big East Preseason Rookie of the Year, and will make up arguably the best backcourt rotation in the Big East alongside Sterling Gibbs and Jaren Sina. The frontcourt will be the big question for the Pirates, as Brandon Mobley is their only returning big over 6-foot-6, but they'll be more than able to hold their own from outside.

For even more on Seton Hall: South Orange Juice

Exit Buzz Williams, who took a Marquette team most expected to contend for a tournament berth to a disappointing sixth-place finish, then fled to Virginia Tech. Insert Steve Wojciechowski, Coach K's right hand man at Duke since 1999. Wojo acted quickly to repair a recruiting class that imploded after Williams' departure, adding transfer Matt Carlino from BYU. Carlino provides a boost in leadership for a young core that will go through some growing pains this year. Sophomore Deonte Burton could be primed for a breakout year.

For even more on Marquette: Anonymous Eagle

Second-year head coach Brandon Miller is taking a medical leave of absence, so interim coach Chris Holtmann becomes the third head coach of the Bulldogs in three years. Bulldog fans are relieved to see Roosevelt Jones back on the court. He reunites with Kellen Dunham, which gives Butler one of the top scoring tandems in the conference. After a lost 2014 campaign, Butler is ready to take the steps needed to contend in the Big East.

Creighton returns just one starter from last year in senior Austin Chatman. Doug McDermott's loss will certainly be felt, but so will the departures of Grant Gibbs and Ethan Wragge. Devin Brooks, Will Artino and Avery Dingman graduate from role players to starters, but Creighton is not nearly as talented as their 2nd-place team from a year ago. It will be an uphill climb for a team that rolled through the Big East its first season in.

If there is a good sign for DePaul, it's Billy Garrett Jr. earning a spot on the Preseason All-Big East Second Team, the only sophomore to earn all-conference honors. That's where it starts and ends for the Blue Demons, who have finished last in the conference for six consecutive seasons. So far, we see know reason why that streak won't extend come March.